Declared World Biosphere Reserve by UNESCO, La Palma is an island to fall in love with!

Unless you are from the Canary Islands or you are a stargazer, you may have never heard of La Palma Island. La Palma, know to many as Star Island or Isla Bonita, is rarely considered by tour operators and is guarded as a hidden treasure by the Spanish. Not only do the Spanish consider it to be special, since 1983 it has been included in the World Network of Biosphere Reserves of UNESCO, and 35% of the land has been declared protected areas. San Miguel de la Palma (widely know as La Palma) is one of the Canary Islands, and is located 80km west of Tenerife. The total population of the island is about 90,000 and it has an area of 743km² (about 40kmx20km). The capital of the island is Santa Cruz de la Palma, which is in the province of Santa Cruz de Tenerife.

With 2 million years of life, La Palma is, together with El Hierro, the youngest of the Canary Islands. The last eruption was that of the Teneguia volcano in 1971. The highest peak of the island is the Roque de los Muchachos, with its 2,426 meters high and included in the Caldera de Taburiente National Park, a huge crater originated from volcanic series and erosive processes and crossed by a lush stream of water perennial. Thanks to La Palma's climate, and mainly due to the fact that the clouds form between 1 and 2km above sea level, the peak of Roque de los Muchachos (therefore above the clouds) is home to the astronomical observatory Roque de los Muchachos. The observatory houses telescopes from several different countries, and these are managed by both the Instituto de Astrofisica de Canarias and the countries that own them.

La Palma is home to an enormous amount of banana crops in which almost the entire agricultural sector is dedicated, and a smaller production of avocado, mango, papaya, wine (an excellent dry and sweet Malvasia) and rum (also honey rum) every time most important and tobacco to produce the famous cigars of La Palma. The weather is excellent, with temperatures between 15 and 25 degrees throughout the year (since we are here we have bathed in the sea every month!). The island has a variety of environments and different climatic zones, in general the climate is very mild up to 500 meters, more continental up to 1500 meters and rigorous in the Roque de los Muchachos, where in winter it can make its appearance even snow. The sky of La Palma is among the clearest in the world and at night it allows you to see the craters of the moon and the Milky Way without the use of binoculars.

Previous
Next
Previous
Next
Coming to La Palma is an experience that you really cannot miss: it is finding yourself through your senses, rediscovering the rhythm of other times, feeling small in front of nature and at the same time being strongly connected with it. It is an inner, magical journey.
Federica
Your local guide in La Palma 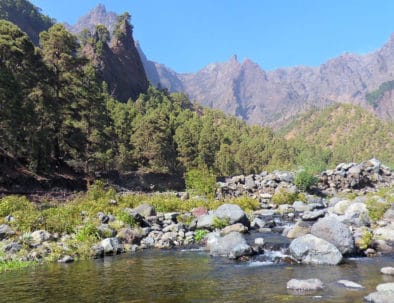 Fantastic excursion in the Caldera de Taburiente National Park with an official tourist guide who will reveal all the secrets of this unique place in the world! 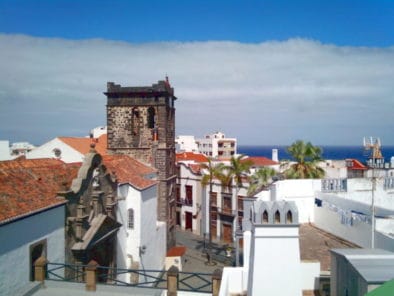 know the capital of the island

A historical and artistic walk through the streets of Santa Cruz de La Palma to discover a great cultural and architectural heritage. Between a coffee, a juice and a mojito we will tell you its story and its secrets... 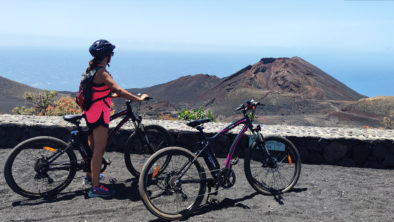 La Palma Ecotourism is a 1-day ecotourism experience with two professional and passionate guides. You will be taken to discover the mountains and sea of the youngest land in Spain: Fuencaliente! You'll ride an electric bike, or walk downhill on the lava paths, and at the end, you'll dive snorkeling in the magnificent backdrops of La Palma! 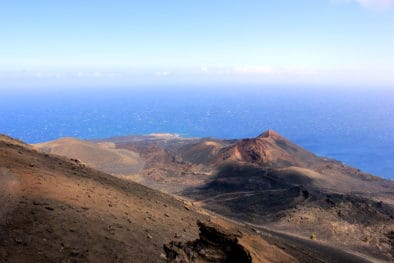 THE PATHS OF THE VOLCANOES

Have you ever walked among volcanoes? In this excursion among the volcanoes of La Palma we will retrace the last 500 years of the volcanic history of the island which has faced 7 volcanic eruptions.

Can you imagine waterfalls and lush waterways on an island in the Canary Islands? Giant ferns and laurels immersed in the fog that will take you back to movies like Jurassic Park or Lost. Great surprises await you on this excursion. 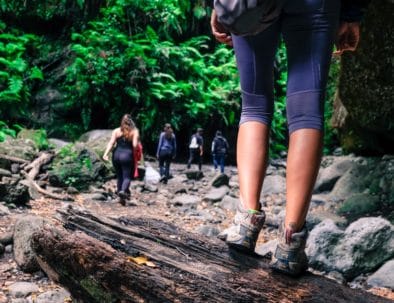 We prepare personalized itineraries for groups or single travelers based on your level, your passions and desires always accompanied by certified official guides. 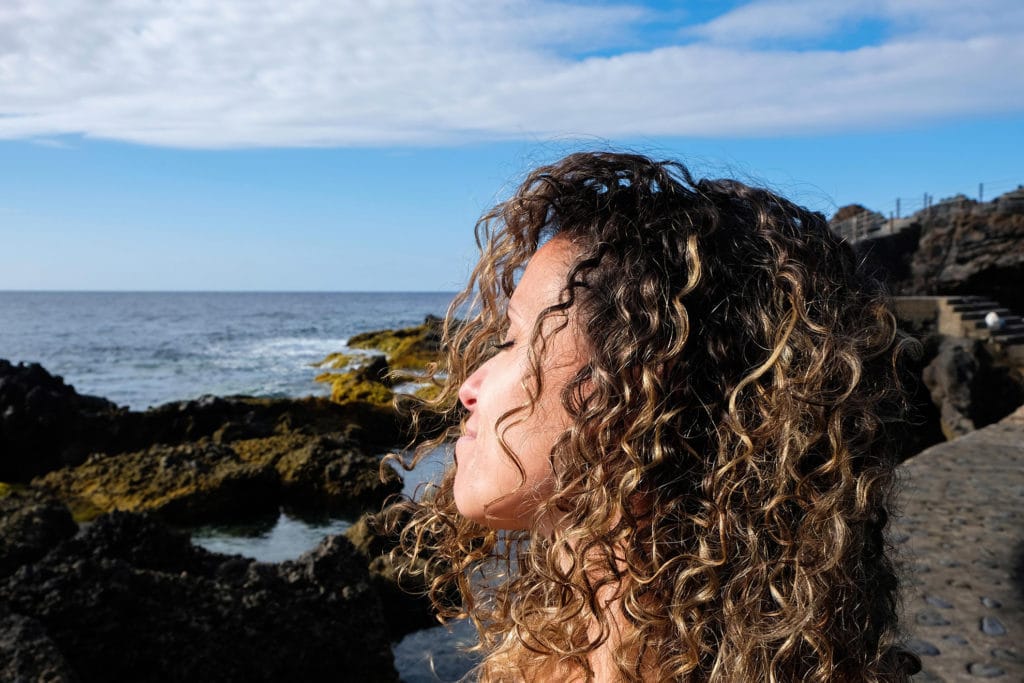 ARE YOU READY TO LIVE THE EXPERIENCE OF LA PALMA?