HIKING IN THE CALDERA DE TABURIENTE

Come with us to La Caldera de Taburiente National Park
for an unforgettable excursion inside a millenary crater
with a unique ecosystem!

BOOK BELOW THE GUIDED tour TO THE NATIONAL PARK

DISCOVER THE CALDERA DE TABURIENTE WITH A CERTIFIED LOCAL GUIDE

Discovering the island of La Palma in the company of a local guide is certainly an opportunity that you cannot miss. Knowing its history, its geology, its secrets and mysteries that you will not easily find on traditional guides, will make you fall in love with La Palma and will make you come into closer contact with the place and its inhabitants. Because visiting a place is not the same as living it through your emotions.
And what we want is to get you excited.

TECHNICAL FEATURES OF THE TRAIL IN THE CALDERA DE TABURIENTE:

Declared as a National Park in 1954, the Caldera de Taburiente is a large semicircular depression in the shape of a caldera. An amphitheatre-shaped crater about 10 km in diameter with very high walls that rise to more than 1500 meters above its base up to 2426 m in the Roque de Los Muchachos.  By cutting the island in its entire thickness, the Caldera will allow us to understand its geological history and that of the island of La Palma. Through its trails we will get to know the endemic species that make up its flora, with the Canariensis Pine as the protagonist, the main plant formation of the Park; and its fauna, mainly represented by birds such as the Red-billed Chough (Pyrrhocorax pyrrhocorax barbarus Vaurie) the animal symbol of the island, the kestrel, the raven or the hawk.  We will be surprised by the presence of water, with exuberant streams, impressive waterfalls and natural pools where you can take a refreshing bath. We will tell the history and legends of the ancient inhabitants of the island, the Auaritas and, in particular, of Tanausù, the last aboriginal king of the island who was taken prisoner by the Spanish settlers. And finally we will understand the importance and the way to preserve a unique and more sensitive environment day after day.

CHOOSE A DATE IN THE CALENDAR AND BOOK YOUR EXCURSION TO THE CALDERA DE TABURIENTE!

A GUIDED TOUR IN SMALL GROUPS

The excursion to the Caldera de Taburiente takes place every Saturday, at some times of the year also other days of the week (see the calendar) The groups are not formed by more than 10 participants, which allows a better interaction between the tourist, the guide and the environment. We like to create a familiar and friendly atmosphere and respect the rhythms of everyone and especially of the place where we are. It is a medium difficulty path that can face all types of walkers with a minimum of experience and without physical problems related above all to the knees, since the path is, in part, downhill. 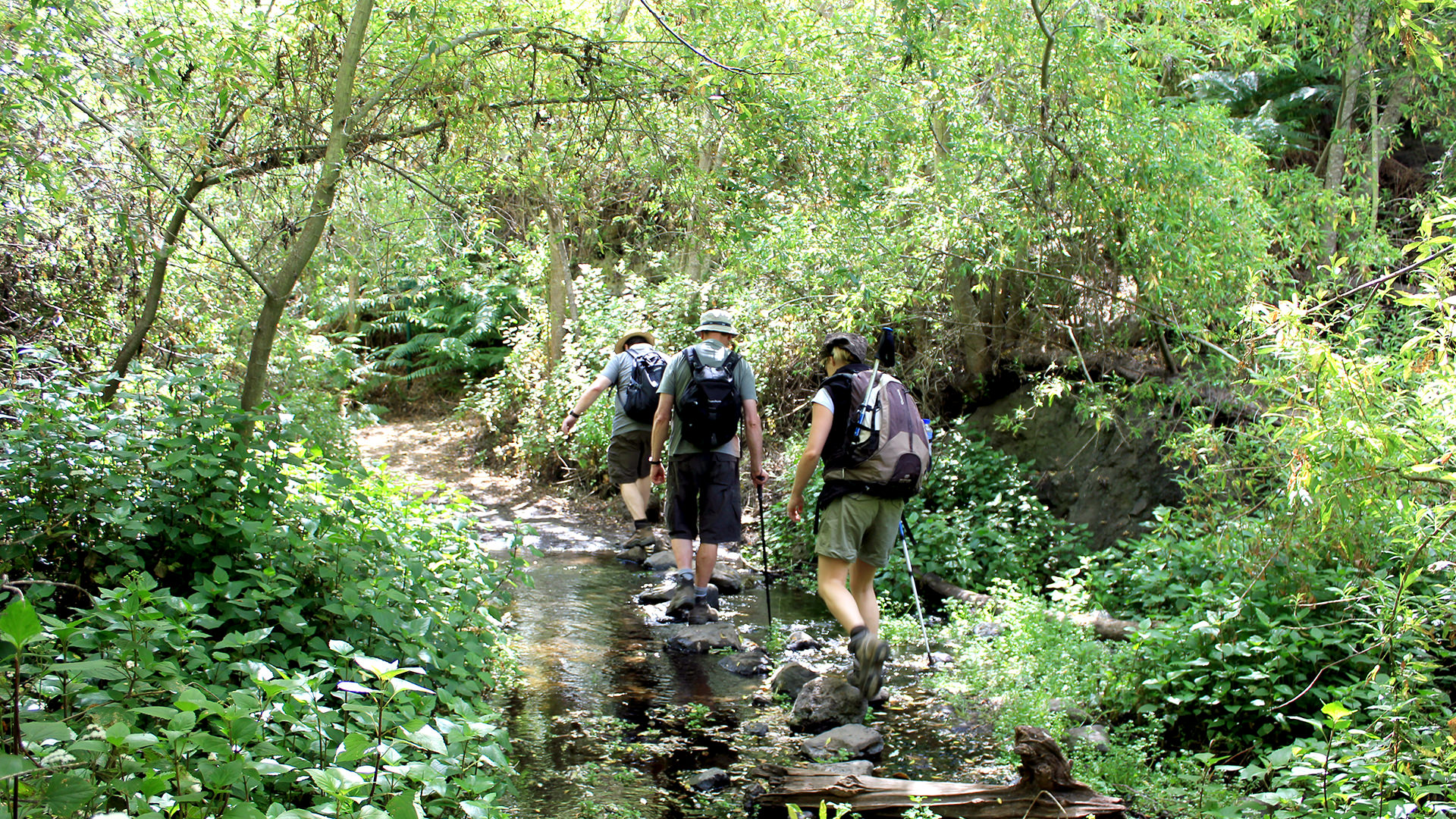 SOME INDICATIONS FOR YOUR TOUR IN THE CALDERA DE TABURIENTE NATIONAL PARK:

We recommend the use of: - good trekking shoes or hiking boots; - suitable clothing for a mountain hike and hike poles if you are used to using them; - cap to protect yourself from the sun - Raincoat or jacket in the winter months in case it rains or gets cold. Is important to have: - something to eat for lunch; - some snacks and - at least 1 and a half liters of water, - sunscreen, - swimsuit and towel in case you want to immerse yourself in the river that we will cross several times during the walk. If you have any questions, write to us by filling in the following form, we also give children under 12 years of age the possibility to participate, but always after contacting the guide. 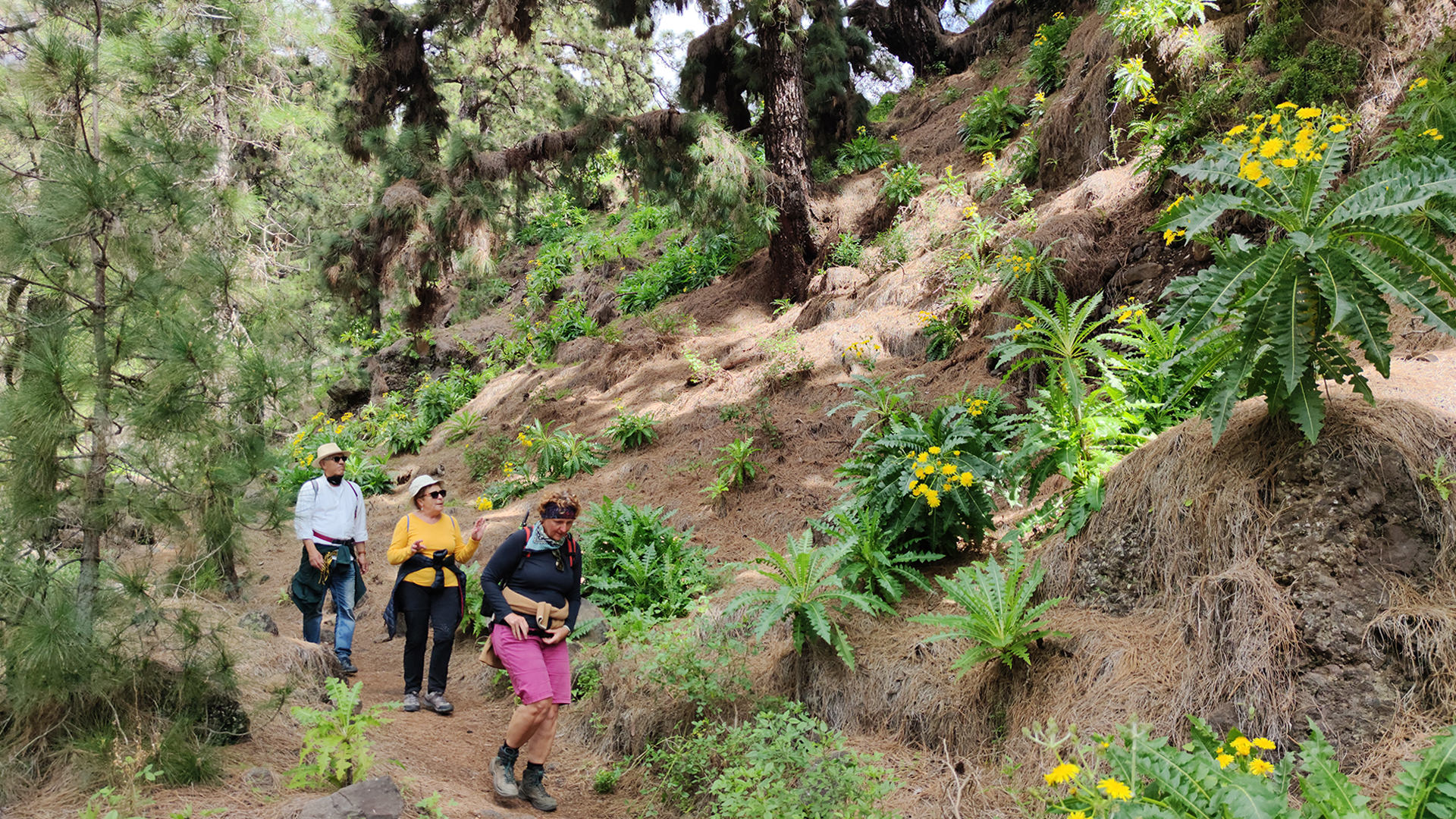 “In the heart of La Palma, there is what we no longer see. The absence. A splendid way of emptying and that what has been lost is precisely what has been gained for the present emotion.”
Joaquín Araújo 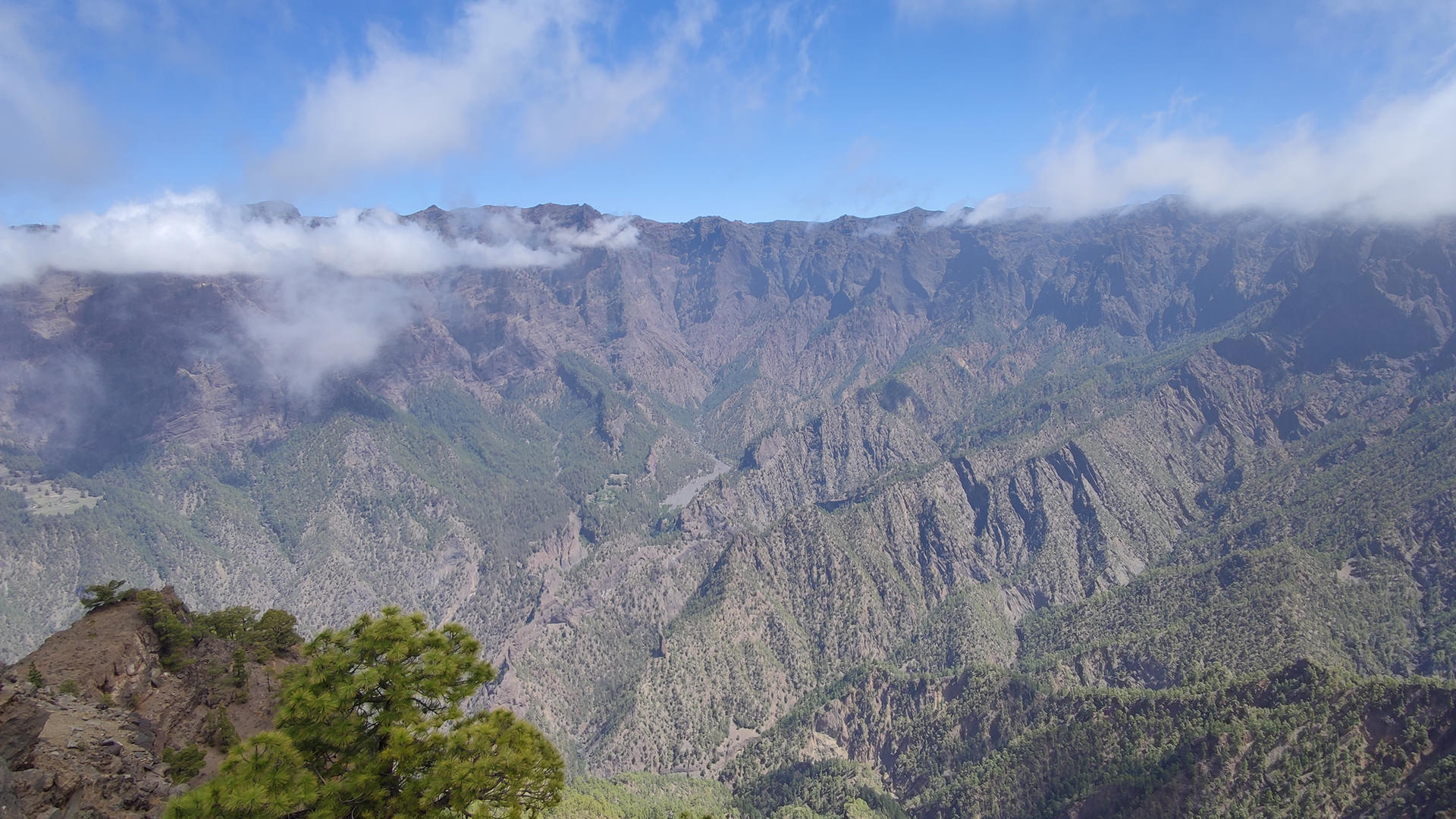 LIVE AN UNFORGETTABLE EXPERIENCE IN THE CALDERA DE TABURIENTE!

DID THE EXCURSION TO THE CALDERA DE TABURIENTE WAKE YOU THE WANT OF A TRIP TO LA PALMA?

WRITE US TO BOOK YOUR HOLIDAYS AND YOUR EXPERIENCES!